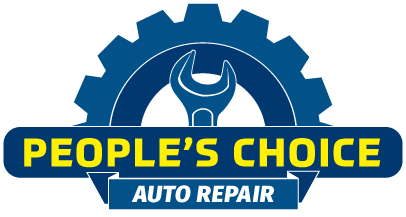 One of the most important fluids that a car needs is engine oil. Even if you know nothing about cars, it’s probable that you understand your car needs to have oil changes every so often. However, you may not understand why oil is such an important component for a well-functioning machine. If you have ever wondered “why does oil prolong the life of car parts?”, you are not alone. And we are here to help answer your questions.

WHAT DOES MOTOR OIL ACTUALLY DO?

Essentially, motor oil acts as the lubricant that allows all of these moving parts inside your engine to rub against each other and not overheat or wear out quickly. If you were to try and drive your car with no motor oil inside of it, very quickly, that heat and friction would cause the engine to weld itself into a useless piece of metal. When this happens to a car engine, the engine seizes or “locks up.” Once an engine is locked up, there’s basically nothing that can be done to fix it. Other than, of course, replacing the entire engine.

Obviously, most motorists want to avoid this, and thus ensure that their car has sufficient motor oil to coat and protect its moving parts against excessive wear.

In addition to the heat generated from all of the moving components of the engine rubbing against each other, engines run off of a process called internal combustion. This process of combustion produces a lot of water vapor, carbon, acids, and several other byproducts.

Way back in the day, engines actually didn’t have an oil pump to help move the oil around the engine. Rather, they used a very rudimentary system of dippers on the crankshaft which would then splash oil upward and cover the moving parts of the engine with oil. (Many lawn mowers still operate this way.)

However, this process is obviously imperfect, and usually would result in a locked up engine after a period of time. Over time the process of oil delivery did improve, but it also took a while for oil filters to start showing up on automobiles; they were still considered an option well into the 1950’s. What a filter does is help remove unwanted particles from the oil, such as carbon and metals. Prior to the addition of oil filters, older engines would need to go through a process known as “de-coking” in order to remove the build-up, which would settle in the oil pan, or anywhere motor oil could pool.

“De-coking” would involve running a mixture of diluted kerosene and oil through the engine as a flush, and hope that it would help remove some of the carbon and sludge buildup. However, this was also not a very precise process or thorough process, and normally wouldn’t do much, if not damage the engine. Thus, prior to modern oils now have detergents to battle this, along with oil filters. In the “good old days”, engines would rarely make it over 100,000 miles without needing to be rebuilt. Anyone who has cracked open an older engine from the 1950’s to the 1970’s usually has a story about “that one engine” that had enough sludge in it that it was a wonder it ever ran at all.

Basically, your car’s engine is a very complex place, and, due to the movement and heat generated by the process of combustion, a very dirty place. Not only does oil lubricate the parts inside of your engine to ensure overheating does not occur, it also helps to keep the engine clean.

DOES SWITCHING BETWEEN CONVENTIONAL AND SYNTHETIC OILS CAUSE PROBLEMS?

Originally, all motor oils were mineral-based. After years of development, synthetic blend oil started to appear on the market. For a while, it was “conventional wisdom” that switching to a synthetic oil after using mineral-based oils in an engine would result in problems like burning oil or potential leakage.

At this point, these theories have all but been disproven. (This is similar to how some people swear up and down that manual cars get better gas mileage as compared to automatic cars. This may have had plausibility at one time, but not so much anymore.) In fact, synthetic motor oil is actually better than conventional oil in a multitude of ways.

Particularly if your car is a more modern model, it’s important to go with synthetic oil. This is because synthetic oil has much greater shear strength as compared to conventional oil. Basically, if there is enough pressure, the very molecules of conventional oil can be torn apart. This doesn’t happen with synthetic oil, and given the very tight tolerances of modern engine build, this strength factor is paramount for peak engine performance and protection.

No matter what kind of vehicle you own, it’s very important for the engine to have an appropriate amount and variety of motor oil. Failure to have enough can result in engine lockage, meaning that you’ll have a very expensive mess on your hands. Make sure to change your oil and oil filter regularly for top performance.